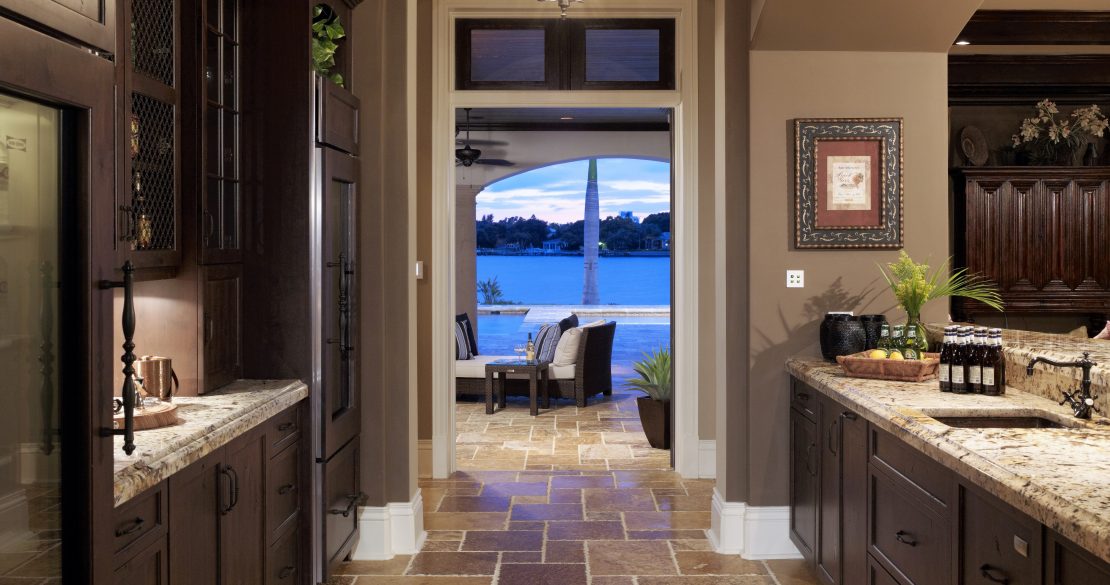 January 24, 2012 (Tampa, FL.) – Tampa Bay Times® Staff Writer, Mark Puente, wrote an article on Sunday January 8th, identifying most of the buyers who have recently purchased the most expensive homes (Re-Sales) this past year across Tampa Bay.  He provided a snapshot of these premier residences and their owners.  One interesting statistic is three of the Top Ten 2011 Re-Sales were designed and built by Tampa Bay’s Windstar Homes.  Despite the significant challenges confronting the luxury housing market, these three homes in particular sold relatively quickly and they sold at very significant prices. In the summer of 2011, Villa Terranova, located on Snell Isle’s prestigious Brightwaters Boulevard, set a new single family purchase record in Pinellas County of $9,000,000.  Designed and built by Windstar Homes, this world-class custom residence was awarded “Best Custom Home,” and “Best Pool and Landscaping,” at the 2009 Southeast Builders Conference

In the summer of 2011, Villa Terranova, located on Snell Isle’s prestigious Brightwaters Boulevard, set a new single family purchase record in Pinellas County of $9,000,000.  Designed and built by Windstar Homes, this world-class custom residence was awarded “Best Custom Home,” and “Best Pool and Landscaping,” at the 2009 Southeast Builders Conference Auroras Awards®.  Months later this home was recognized again when it was awarded “Best Design for a Custom Home,” at the “Nationals®.”  Award-winning Villa Terranova was one of only seven homes across the country to receive this honor.

Among the 39 design/build awards garnered by Windstar Homes; two other award-winning Windstar Design/Built homes were also sold during 2011: Villa Michelle located on Tierra Verde along with Villa Posada located on the Jack Nicklaus designed golf course in Avila, sold for $5.5 million and $4.5 million respectively.

Experts agree that an Award-Winning custom home is a more valuable piece of real estate, and is more saleable if the owner were to put the home on the market.  Homes that win regional and national awards, with much recognition, typically garner premium prices, and are sold more quickly because of the design elements, craftsmanship and the home’s intrinsic beauty.

According to Bobby Gross who, with partner David Lesser, owns Windstar Homes, “Having the ability to Design, Build and Decorate our homes has allowed our team to continue to push the envelope from every prospective.  This creative license along with our ability to design around our clients’ budgets, has allowed us to create one-of-kind, award-winning homes that have extraordinary value and marketability.  These recent sales in these market conditions truly underscore how award-winning design and craftsmanship can make all the difference in the world.”

Founded in 1996, Windstar Homes provides a wide range of services that include New Home Design; Landscaping and Swimming Pool Design; complete Construction Services; as well as the full range of Interior Detailing and Decorating; including Furniture and Window Treatments.